The distinction between left and right is defined as seen from the Robonoid’s back. Rotation axis is expressed by an arrow-shaped and this is subject to the right-hand rule. “・” symbol means a vector from back to front. (as if this crosses your screen vertically.) “×” symbol means a negative vector of a vector described previously. (See also : Frame of Reference of a Servo Motor)

(This is only available for just after Robonoid was starting. If you rotated any parent joint, also child joints are rotating.) 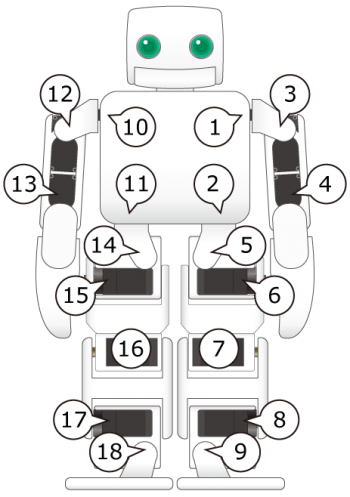